High Fantasy in the Deep South. D&D meets the Andy Griffith Show on the Bayou.

Danny is a local southern boy – grew up in town. Son of the local garage owner – Otis Taggert.

Danny loves cars and has been hot rodding cars since he was 15 – he has a yellow 32 Ford hot rod deuce coupe that he loves.

In highschool Danny got into some light trouble racing his car around the county – and getting in some fist fights – but otherwise he was a good kid.

His uncle – Roscoe Taggert has been the Sheriff for a long time. Roscoe probably has 5 years left before retirement.

Danny takes his deputy job seriously – but cuts slack to the locals. Danny is a relatively “good ole boy.” He is popular in town.

His steady on and off again girlfriend – Mary Lou Martin – Works in the town hall in the records department there. They have fought on and off about Danny “growing up more.”

Danny has a small one bedroom apartment in town. He rents a garage near his apartment to keep his personal car in. He also has a Plymouth Fury patrol car.

Danny has a few bucks in the bank from winning bets from a bunch of races with his car when he was younger. 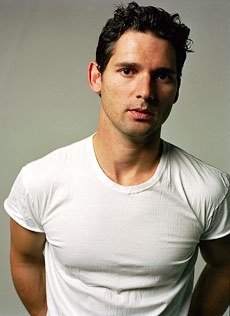 Ascendant campaigns can view previous versions of their pages, see what has changed (and who did it), and even restore old versions. It's like having a rewind button for your campaign.

We've already been saving your edits, so if you upgrade now you will have instant access to your previous versions. Plus, you have our no risk refund guarantee , so there's nothing to lose.

I'm sorry, but we no longer support this web browser. Please upgrade your browser or install Chrome or Firefox to enjoy the full functionality of this site.